How long should I granulate my materials?

It is well-known that a minimum amount of mixing is required to ensure consistent and repeatable product characteristics. What is often less considered is the possibility of over-mixing the product so that the characteristics of the resulting formulation undergo a change. 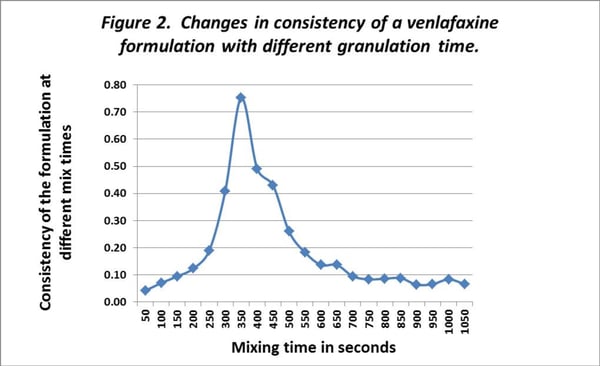 It is important to understand this and to have data to show what is likely to happen with excessive mixing. The Mixer Torque Rheometer will give you this data.
This type of test is again used in formulation development but more generally in scale up to production from the laboratory and also it has been used to solve production issues as they arise.

Practical examples of the use of the Variable Mix Time test