Save Time and Cost in Formulation Development

In the mid 1990’s, the field of pyrotechnics was limited mainly to applications in aircraft ordnance, fireworks and rock blasting. This has been developed to a highly advanced science and is an extensively used technology which finds application in spacecraft, aircraft and underwater vehicle systems. “Pyrotechnic “is defined as “explosive-actuated” and refers especially to devices in which explosives are burned rather than detonated.

A common composition encountered as a pyrotechnic initiator is BKNO3 (Boron Potassium Nitrate) which is a mixture approximating to 25-30% Boron and 70-75% Potassium Nitrate by weight and is usually encountered in pellet form.  It is used for example by NASA as it is thermally stable, stable in vacuum and its burn-rate is independent of pressure making it suitable for uses where rapid and reproducible initiation is critical e.g. for airbags, rocket engines and decoy flares. 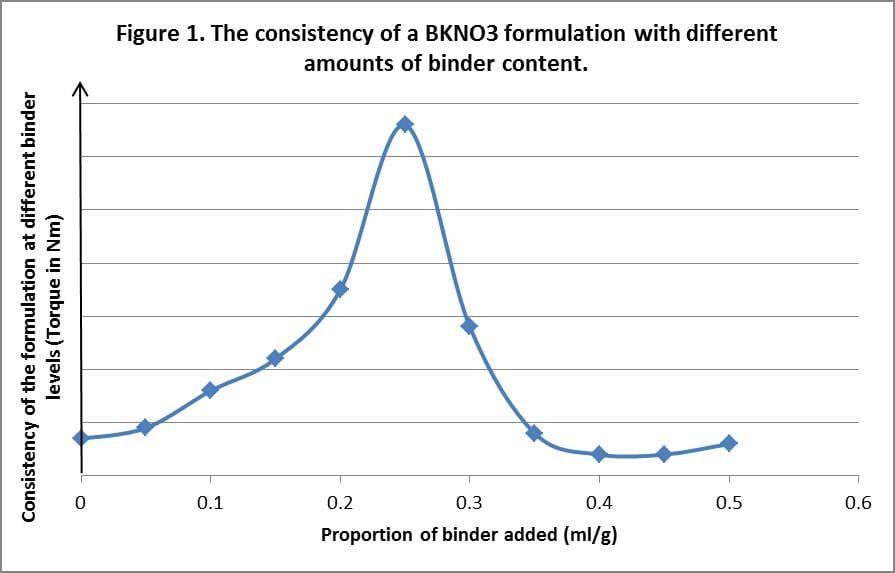 A COMMON PROBLEM
Because of its explosive nature, handling of this material is of paramount importance and the manufacturing of pellets needs to be done in an accurate and reproducible manner – criteria ideally suited to the strengths of the Mixer Torque Rheometer (MTR-3). This brief note highlights the role the MTR-3 can play in the production of BKNO3 pellets.

THE RESULTS
Figure 1 shows typical data demonstrating the effect on product consistency of various amount of liquid binder ( in this case water) added to the Boron / Potassium Nitrate mixture. Consistency can be taken as a measure of the cohesive strength of the mix. This is compared to the proportion of liquid binder added and the results obtained when using 20g of a B (30%), KNO3 (70%) mixture showed the highest level of consistency at ~25% binder ratio i.e. ~0.25ml binder per 1g of powder.

The results obtained in this experiment confirmed what the customer was already doing – i.e. achieving best results when manufacturing pellets (30% B, 70% KNO3) with a 0.25ml/g binder content. These confirmatory results thereby enabled the customer to confidently use the MTR-3 to determine the optimum binder content, in a reproducible manner for other B: KNO3 ratio’s resulting in a significant saving in time and cost in developing new products. 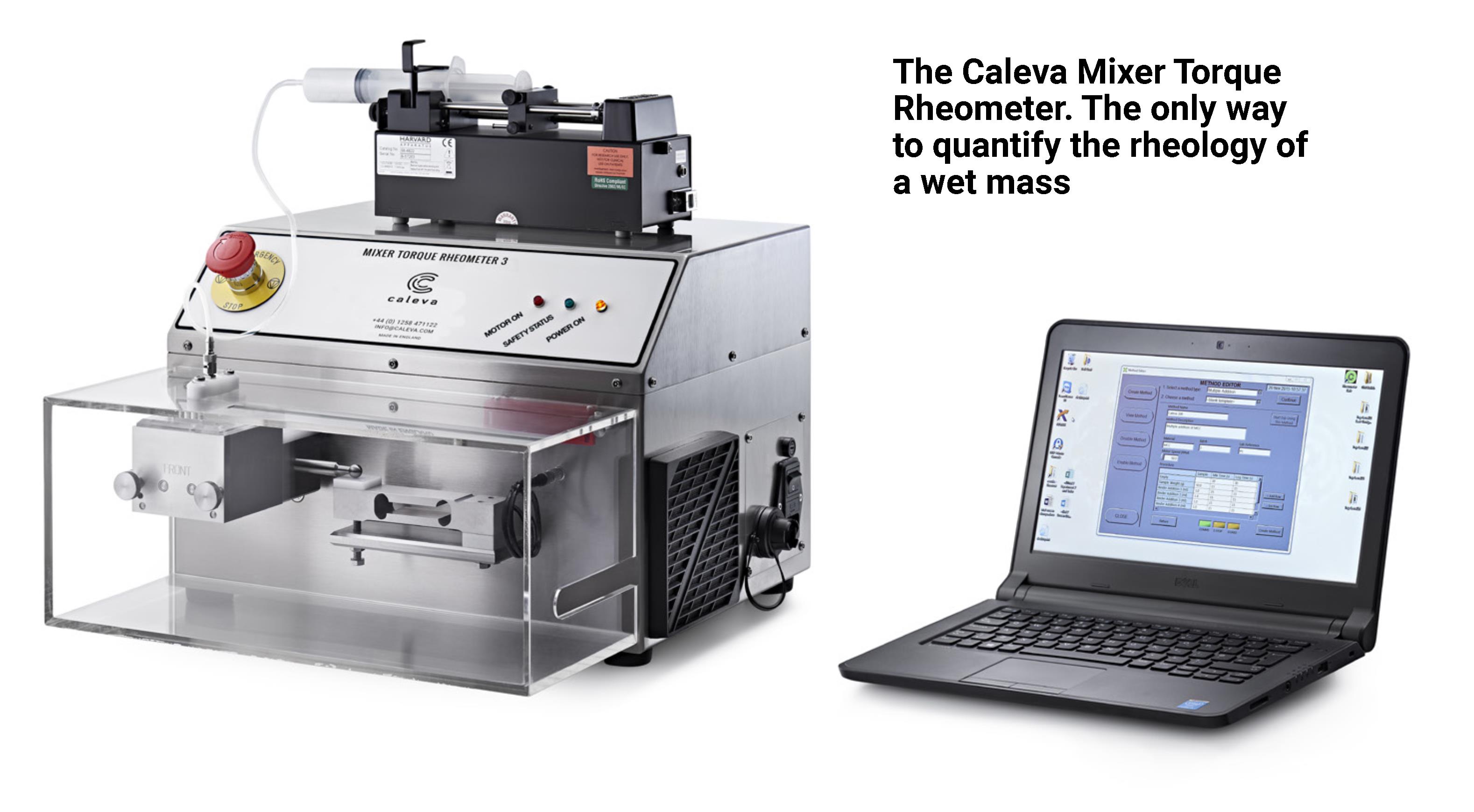 The results obtained from such a test are useful in that it gives an indication of the optimum binder ratio for any given formulation but does not take in to account the effect of prolonged mixing time.

EFFECT OF DIFFERENT MIXING TIME
In addition to the amount of binder added, another important consideration is the mixing regime employed which can affect the properties of a formulation. This can be measured in a quantifiable manner using the MTR-3. The binder ratio used in this test was the same that gave the highest consistency level using the data reported in Figure 1 i.e. 5ml binder: 20g powder.

CALEVA CASE STUDY
The Caleva Mixer Torque Rheometer. The only way to quantify the rheology of a wet mass

Figure 2 demonstrates the profile achieved for BKNO3 with prolonged mixing. It can clearly be seen that the torque measured rises to a maximum at around 100 seconds before falling to a plateau at around 200 seconds . The reasons for this are unclear but reproducible suggesting that additional mixing after approximately 100 seconds will result in a weaker granule. 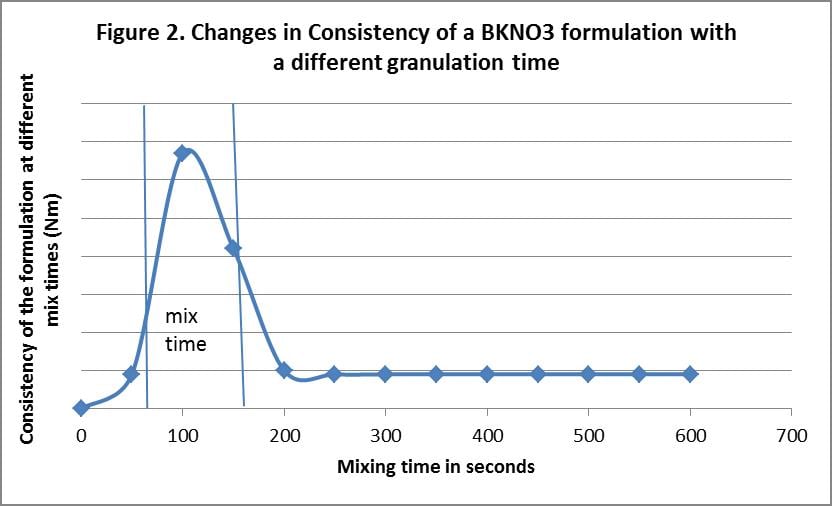 These results clearly show that the granulation regime is of paramount importance if consistent production quality is to be realised in practise with a narrow optimum mix time window.

The ability to obtain quantifiable measurements of formulation consistency provide operators with the opportunity to work with optimised and consistent production parameters saving significant time and cost in product development.